Muzaffarpur is blessed with pretty robust transport infrastructure. The city is home to Muzaffarpur Railway Station, which is one of the important railway junctions of Bihar . Many important national highway and state highways also pass through the region connecting it to nearby districts and other major cities of India. As far as local transportation is concerned it depends on auto rickshaws and bus services. Below is even more detailed and in fact complete information about Muzaffarpur’s transport infrastructure and facilities. 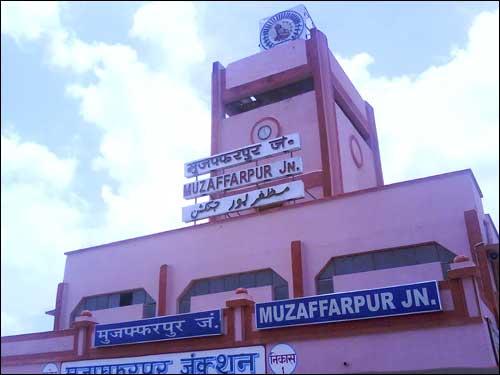 Reaching Muzaffarpur via rail is never a problem. Muzaffarpur Railway Station is main railway station of Muzaffarpur District and is one of the busiest junctions of Bihar. It directly connects Muzaffarpur to almost all the important cities of India including of course all the important cities of Bihar too. As of today more than 150 long distance trains including passenger as well as express trains make a halt here. From Muzaffarpur Station you can catch trains for Amritsar, Ahmedabad, Kolkata, Gorakhpur, Delhi, Mumbai, Ajmer, Porbandar and other cities. Two other important railway stations in Muzaffarpur district are Narayanpur Anant and Ram Dayalu Nagar stations. Both these stations are located barely 6 kms away from Muzaffarpur Railway Station.

Muzaffarpur does a have airport, but it is a non operational airport. Hence it does not serve any commercial or even non commercial flights. The nearest operational airport is Jaiprakash Narayan International Airport (popularly known as Patna airport) in capital city Patna. It is located barely 80 kms away from main city of Muzaffarpur. From Muzaffarpur you can easily reach Patna either via train and bus or even rental car. But if you’re looking for affordability and high frequency, then travelling via train is best option. Moreover, distance between Patna Railway Station and Patna Airport is barely 6 kms. As for connectivity of Patna Airport is concerned, then it is directly as well as indirectly to almost all the important cities of India. Mumbai, Delhi, Hyderabad, Bengaluru, Kolkata, Ranchi, Lucknow, Bhopal and many other important cities. Besides, all the leading airline companies like Indian airlines, Jet airways, Indigo and Spice jet operate their flights from and to here.

Overall, transportation facilities of Muzaffarpur can be termed as pretty robust and efficient. This, however, doesn’t mean that there is no need for improvement at all. Small villages and towns of Muzaffarpur are connected via efficient local transportation system. Government is paying attention towards improving transport infrastructure of this region which will further improve connectivity to this beautiful city of Bihar.